As part of the Reducing Urban Glow project, a network of 75 urban glow sensors have been deployed across the coastal fringe and Bundaberg City. The maps below use open data to visualise the amounts of urban glow across the region.

The intent of these maps is to show the amount of light pollution produced from our urban areas, and furthermore, empower our community to make informed decisions about its use of light - and take positive action to reduce urban glow.

The sensors within this network collect the following data points:

Additional information regarding the sensor network:

An archive of the City and Coastal mapbooks along with the data used to generate the maps can be found on the Australian Government Open Data website.

Click on the map below to view the latest coastal heat glow. 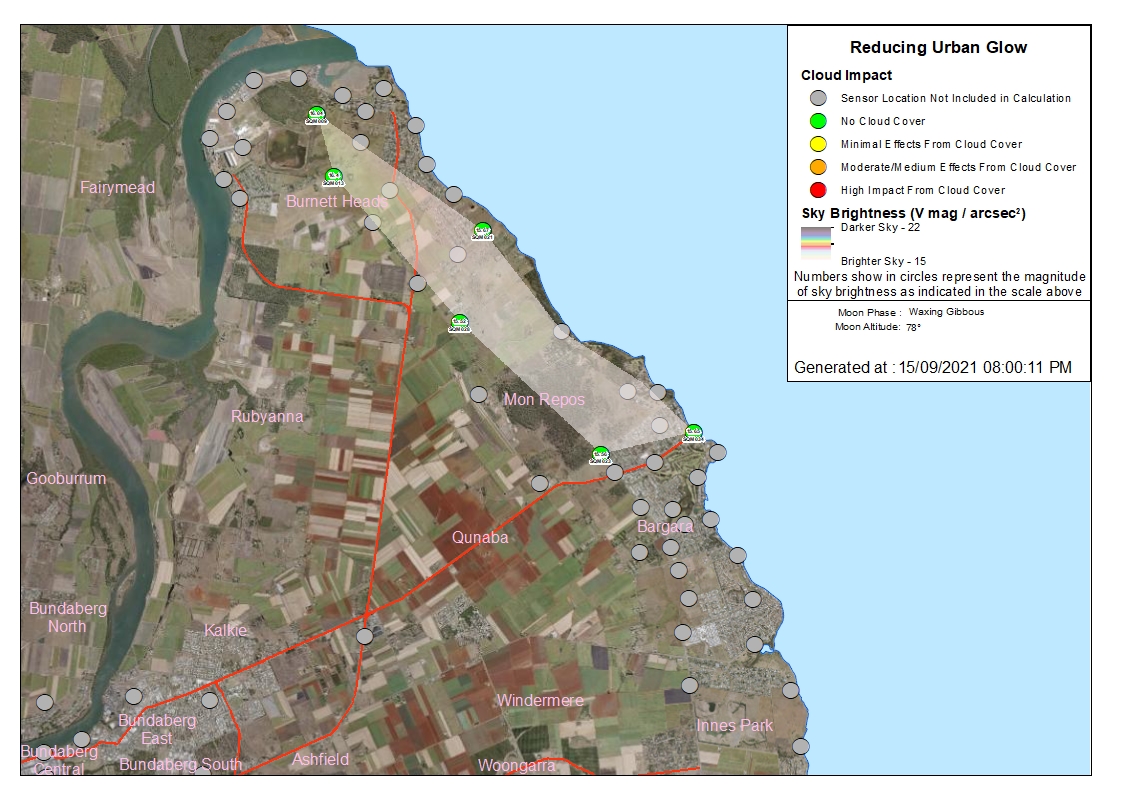 Click on the map below to view urban glow data from across the city. 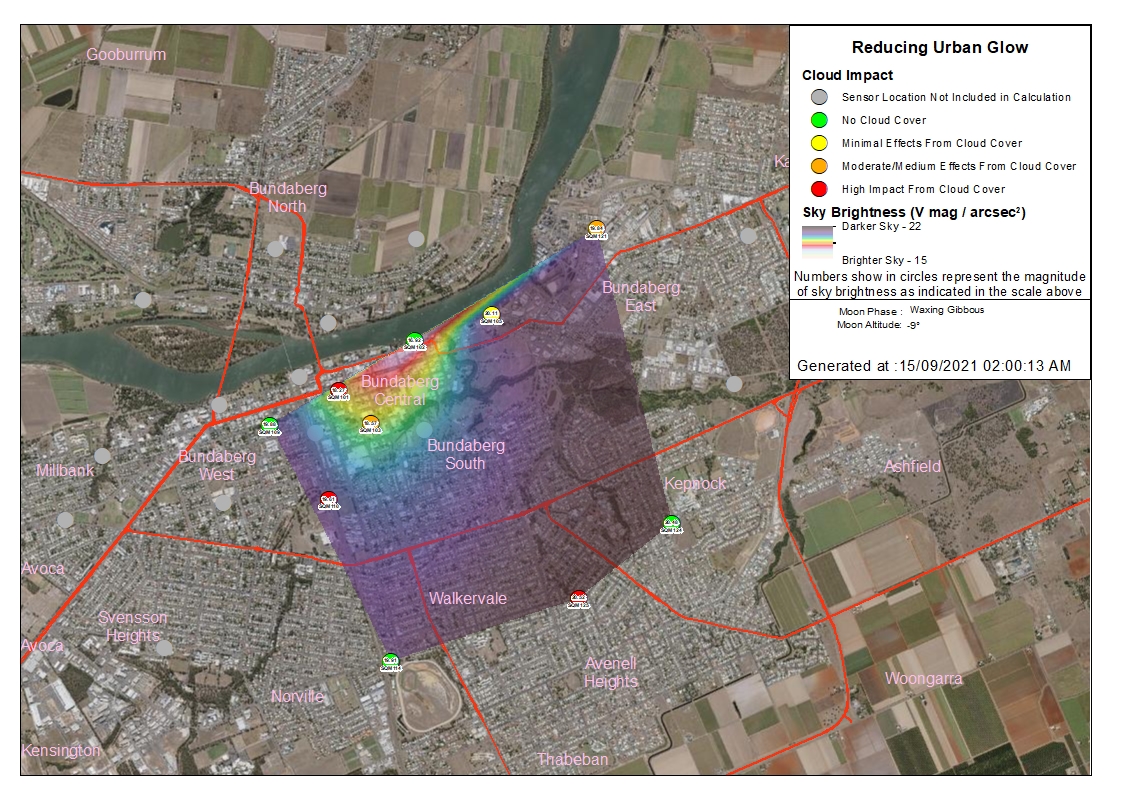